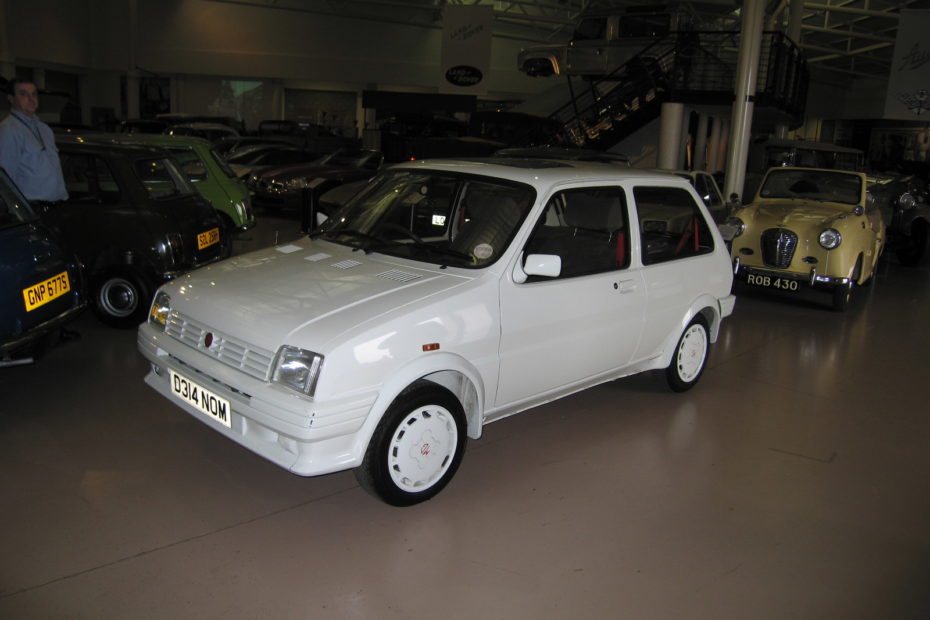 Following his retirement in 1971, Sir Alec Issigonis continued to work for British Leyland as a consultant and this MG Metro is his last prototype. It was put on the road only eighteen months before his death and less than a year before his ‘Small Car Future Projects’ department was disbanded. Issigonis believed that this Metro would be an ideal showcase for the virtues of his experimental 9X, 6-cylinder engine.

Although Issigonis commented “the layout is very untidy because I only had two fitters to do the job in rather a hurry” in fact the installation is impressive. Usually an in-line 6-cylinder engine is too long to be fitted transversely across a small car. In this case the gearbox was placed under the engine in classic Issigonis style. The bulkhead has been modified to make space for the air cleaner and twin carburettors but otherwise the car is standard to show how a 9X engine might work in a modern hatchback of the 1980s. Unlike the Mini 9X prototypes, it retains its original suspension, even though this was the interconnected fluid ‘Hydragas’ system which he no longer endorsed.

In line with his ‘no distraction’ philosophy, however, he did undertake the more straightforward task of removing the radio/cassette player. A set of testing instrumentation remains on the left-hand side of the dashboard.